The Global Uprising – Who are we?

So, I have wanted to find out who I am, for a long time.

I’m Jo Brittles, Mama, partner, founder and creator of La Boheme ~ House of the Wishing Trees, visual stylist/poet, feeler of too many feels.

THAT much is certain. Yes.

This became a burning question for me some years ago.

My Mother was South African.

My Father’s side of the family is fairly well documented (My Dad has done his family tree and willingly shares/ or overshares this information with his children!) ha!

My Mother however, was raised by her Step-Mother. Her biological Mother left when she was just 6 years old (years of emotional trauma for my Mother ensued, which she was never quite capable of overcoming).

Without going too far into the backstory of what I know of my Mother’s history – there was most definitely black blood on her side of the family. Perhaps on both her Mother and Fathers side. (I always used to say my Grandad looked like Nelson Mandela, just a white version! Truth!)

So we know and have always known for certain, that “coloured blood” was on my Mother’s side. I just have always been curious about coloured blood from where exactly? How much? Geographically, where did these people originate from?

Truth, can often get lost in the passage of time. And to be honest, my Mother had no real answers for me while she was still alive. Having grown up during the time of apartheid in South Africa, people were not prone to discussing this either. To have ‘coloured blood’, was almost seen as a shameful thing.

Which always hurt my heart.

As a child, when I asked about my Mothers background, or asked about it of other family members, it was very obvious that no one really wanted to discuss it, or speak of it. Lest anyone utter the truth I suspect!

As I got older, I found it amusing mostly.

My mother had very olive skin, dark brown almond eyes, black afro hair (which she straightened) – it was always so incredibly obvious to me that within her genetic history, was beautiful black blood.

Perhaps, because I was first generation Australian and I grew up largely not exposed to racism or real stigma – I didn’t fully appreciate or understand, the secrecy or silence surrounding my Mothers genetic history.

I have no doubt, that she had no real clue either.

We discussed it endlessly.

Particularly as she came to the end of her life.

I always felt that she too, had a burning desire to know and understand who she actually was. She spent much of her life never really feeling like she ‘belonged’, never feeling accepted or loved for who she was.

And as her only daughter, that made me incredibly heart sore.

I can distinctly remember coming back to Australia after many years of living abroad and laughing with my Mother over the fact that in the Middle East, they thought I was one of them. I was constantly asked if I was Lebanese, Italian, Greek, Spanish, French, Brazilian, Indian, Middle Eastern, Portuguese and many MANY more, wherever in the world I went!

No one ever accepted my answer ‘Australian’.

“No but where are your parents from?”

“My Mother is South African, my Father is English” was my automated response (it was seriously asked so often, it really was automated!) ha!

To which people would shake their head or simply respond with “No”.

That was the truth as I knew it.

That was the only truth I had to offer.

If I look Italian or Greek, or Spanish, or Indian, or any other nationality, my apologies – but South African/English was and still is, my only go-to.

But it disturbed me.

It seemed everyone I encountered anticipated a different answer.

My Mother just smiled and said “Jo, you are a child of the world.”

And whilst the whimsical, beautiful notion of that statement appealed to me on every level of my being, I still had the burning desire to just KNOW.

My Mother sadly passed away 9 years ago now. I do wish, with all my heart, she was still physically here to have these conversations with. I have a burning, relentless desire to know more. A million questions on the many family members she left behind in South Africa and who they were…

But alas, it cannot be done.

So a few weeks ago, I ordered an Ancestry.com kit, provided my DNA and am waiting to see what comes back!

My Father wasn’t so excited, but understands my desire to know more. He has conceded that in his family history search, he’s aware that there are many generations of English and then Welsh ancestry.

So it will be fascinating to see what my genetic makeup is.

More so because as I get older, I gaze in the mirror and I see my Mother looking back at me. As I’ve slimmed down and thinned out over the years, I have begun to look more like my Mum.

Which is both jarring and beautiful at the same time.

My Mother was a beautiful woman.

When I was a child, I used to always say she looked like Claire Huxtable off the Cosby Show! As a teenager, my friends told me that my Mother looked like Whitney Houston.

She was indeed, so beautiful.

I suppose it’s jarring because I never thought I looked like my Mum or my Dad. For many years I truly suspected I was adopted, or perhaps the hospital mixed babies up when I was born? Ha!

I am fairer than my Mother was. And mostly, have always been told I look European.

My Mother was often asked if she was Indian.

And having done some research, I know there were and are, many Indians who lived and still live in South Africa, so anything is possible!

As I wait to find out, I am just cautious about feeling disappointed by whatever answers come back!

Not that I actually have an expectation of what they might be.

I suspect the British genetics will show up, perhaps even Welsh, thanks to my Dads side of the family.

But what will come through as the DNA that was passed onto me from my Mother?

I was also so surprised to read, that children from the same parents, can and often do have entirely different genetic dispositions. It just depends on what DNA was passed onto you, in utero, from both parents.

I shared this information with my older brother, because it actually blew my mind – he seemed far less interested than I am! Ha!

I find it incredible that hypothetically, “Indian” could come up for me at say, 15% but may not register in my brother’s genetic makeup at all?

We all get 50% DNA from our Fathers and 50% from our Mothers. But WHICH 50%?? And every child can and often is, completely different.

Humanity is actually quite incredible. And I would go so far as saying, if everyone actually did one of these tests, we may even quickly eradicate racism altogether.

Racism, as we all know, is a learned or taught behavior. It usually stems from a fear and ignorance and is subsequently passed on for generations.

How can one person ever think they’re better than another human being, purely based on skin colour or creed?

It is actually completely nonsensical.

Every human life is to be cherished. Every. Single. One.

Some of us have been lucky enough to have been born in countries where we can freely move around and voice our opinions and vote for our governments and be educated as a matter of course…and we take it for granted, because so many of us have never seen the alternate side of that.

Until I traveled, I had never seen the alternate side of that.

I feel very lucky to be a first generation Australian. But I always have felt that way, given the stories of my Mothers awful upbringing during apartheid in South Africa and my Fathers existence post War England….

So I shall share here, once I know the results!

I am bursting inside to see what they are! To learn the makeup of WHO I am and what was genetically passed down to me from my Mother and Father.

My brothers and Dad, are less excited, as I suppose for me, this is a very personal journey and one which will answer some of the questions I’ve had lingering within, for many years of my existence.

And, most importantly, I do this for my Mother too.

Because whilst she has left this life, I know, while she was here, she had a burning desire to know who she was too.

So I carry this forward for her, in many ways.

Fearless in my pursuit, because my Mothers fears and limitations where her background was concerned, were not my own.

I have no ties to the fear, nor the history of what she lived through in the country of her own birth. Which by all accounts, was fairly horrific.

So in many ways, I come to this point, a relatively clean slate. Open to whatever may come from this knowledge and experience.

Do you know who you are? Have you done the test?

I would LOVE to hear your thoughts too!

And you tell me, for fun, at a guess, what nationality would you say I am?

I can't WAIT to hear! haha 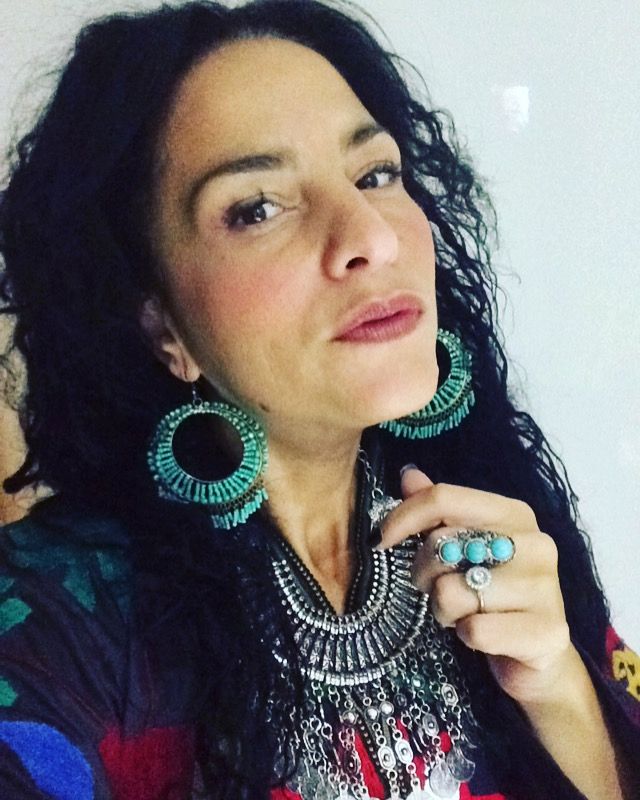